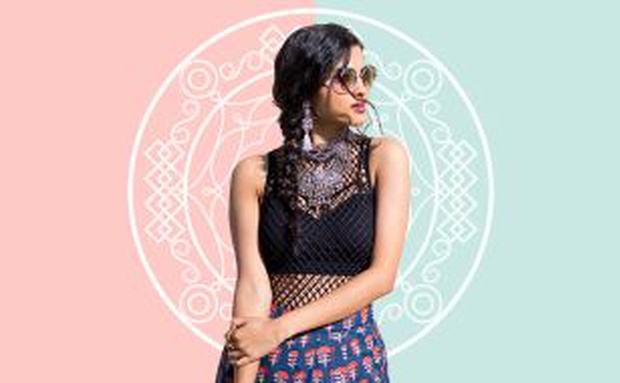 Vidya brings together influences of her Indian-American heritage to create music that is refreshingly new, unique and contemporary, seamlessly fusing together the intricacies of Indian music with elements of electronic and hip-hop for an undeniably catchy sound. Since launching her YouTube Channel in 2015 with mashups of Western pop hits and music from her native India, Vidya has amassed over half a billion and over 5.4 million subscribers, changing the course of her life in ways she never thought possible.

One of Vidya’s most successful videos is one of her earliest collaborations, a mashup of Major Lazer’s “Lean On” with the traditional Punjabi folk song"Jind Mahi.” With over 20 million views and counting, the cover remix was so well received, it caught the attention of Major Lazer who reached out to Vidya to praise her rendition of the song. Vidya's mashups have since gained worldwide recognition from the likes of Diplo & Hrithik Roshan. Vidya has been featured in publications such as Vogue, Rolling Stone, Elle, NPR, Cosmopolitan, BuzzFeed, The Hindu, Deccan Chronicle and many more.

Vidya performs live with her own band throughout the world, including India, Mauritius, Trinidad, Suriname, Dubai, Hong Kong, and the U.S. Vidya continues to perform regularly as a vocalist with the Shankar Tucker Band, and has performed sold-out shows in amazing venues around the world, including the White House, National Center for the Performing Arts in Mumbai and Webster Hall. Vidya will kick-off a tour beginning in Fall 2017, and in Vidya’s words, it will be “one big dance party!” The show will feature Vidya’s original music, as well as a custom light show and dancers performing hip-hop, Indian and tribal dance.

Vidya continues to explore the new directions that music takes her, and truly hopes you will join her on this journey.