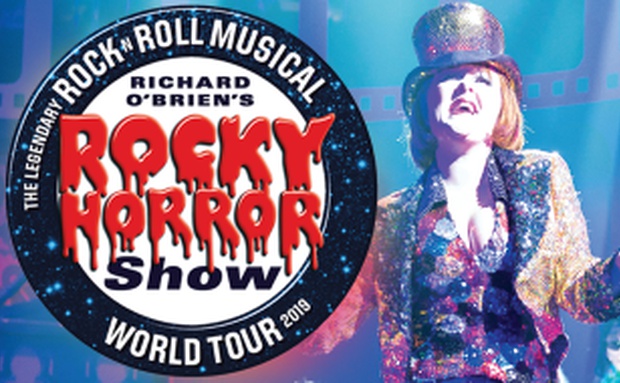 The Rocky Horror Show tells the story of Brad and his fiancée Janet, two squeaky clean college kids who meet Dr Frank’n’Furter (played by Craig Urbani) by chance when their car breaks down outside his house whilst on their way to visit their favourite college professor. It’s an adventure they’ll never forget, with fun, frolics, frocks and frivolity, bursting with timeless songs and outrageous outfits. ”.

The Rocky Horror Show is a guaranteed party, which famously combines science-fiction, horror, comedy and music while encouraging audience participation meaning, of course, getting dressed in the most outrageous fancy dress.

Since it first opened in London in June 1973 at the Royal Court Theatre Upstairs, Richard O’Brien’s The Rocky Horror Show has become the world’s favourite Rock ‘N’ Roll musical, having been performed worldwide for 45 years in more than 30 countries and translated into over 20 languages. This critically-acclaimed stunning new production is now coming to the Teatro! Can you feel the ANTICI… PATION?! Directed by Christopher Luscombe, the smash hit show features all of the famous musical numbers which have made The Rocky Horror Show such a huge hit for over four decades, including “Sweet Transvestite”, “Science Fiction/Double Feature”, “Dammit Janet” and, of course, the timeless floor-filler, “The Time-Warp