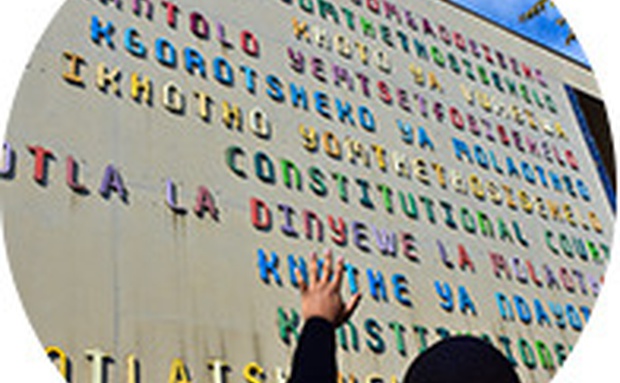 Constitution Hill is a living museum that tells the story of South Africa’s journey to democracy. The site is a former prison and military fort that bears testament to South Africa’s turbulent past and, today, is home to the country’s Constitutional Court, which endorses the rights of all citizens.

There is perhaps no other site of incarceration in South Africa that imprisoned the sheer number of world-renowned men and women as those held within the walls of Constitution Hill’s Old Fort,  Women's Jailand Number Four. Nelson Mandela. Mahatma Gandhi. Joe Slovo. Albertina Sisulu. Winnie Madikizela-Mandela. Fatima Meer. They all served time here. But the precinct also confined tens of thousands of ordinary people during its 100-year history: men and women of all races, creeds, ages and political agendas; children too; the everyman and the elite. In this way, the history of every South African lives here.